The City of Grenoble is actively engaged in the implementation of sustainable development policies and practices. Grenoble took advantage of the realization of an innovative district scaled project finished in 2008, for implementing a monitoring programme which aimed at assessing the effective energy efficiency achieved in an every-day life situation. The De Bonne District in the City of Grenoble was the first urban eco-district in France. In terms of energy efficiency, the project not only anticipated eight years of national thermal legislation for new buildings, but it also was pioneering in terms of evaluating and tracking energy performance in the long term. Until then, most of the existing European eco-districts did not have any specific assessments of energy performances.

Many natural factors have been shaping policies and urban planning in Grenoble through time. Cold winters (around -5°C minimum) and heat waves during summer months are raising the level of concern on environmental issues. The three mountain ranges surrounding the city are restricting urban development, which faces relvant demographic pressure. Due to its orography, Grenoble suffers from being a sink for pollution. Therefore, urban renewal and densification of the city are challenging development and urban planning issues.

At the time of the De Bonne project, the City Government adopted a target of 14% reduction in CO2 emissions from 2005 to 2014, and 14% renewable energy in the share of energy consumption. Complying with its sustainable devolopment commitment, authorities set up a project aiming to bring families back into the city centre. Acquiring the old military baracks represented an opportunity to create a dense and efficient inner city eco-district.

The project area is situated in the heart of Grenoble. In the area, old military barracks were partly refurbished and partly demolished, making way for new buildings. The ambition was to create a neighbourhood with high environmental quality and high energetic performances, combining density, energy and space saving, and all urban facilities. The De Bonne district now hosts 850 housing units, including 435 new units and 415 refurbished units. Social diversity has been a priority for the project, a share of 40% of social housing dwelling within the district, responding to the Government’s objective to bring families from the outskirts to the city centre.

Local Authorities also intended to implement high environmental and energy standards to the conception, construction and utilization phases. New methods for collaboration between the different stakeholders (architects, engineering companies, public authorities, social housing agencies, etc.) have been implemented, involving new and clean construction processes for building companies. For instance, demolition and re-use of materials on the construction site was required. 12 eco-buildings were built in the area with an energy consumption level at least 50% beyond the national average, using green technologies such as photovoltaics and solar thermal plants, biomass and cogeneration.

When compared to other well known eco-districts in Europe, such as Vesterbro in Copenhagen, Bo01 in Malmö, Bedzed in London or Vauban in Fribourg, De Bonne was the first eco-district to plan for the monitoring of energy performances after its realization [6]. This decision was triggered by the participation as a case study in the European project, Concerto- Sesac [7], the 6th European Research Framework Programme which started in 2003, aimed at promoting energy efficiency and innovation and at monitoring the effectiveness of measures. Over the course of two years, sensors were installed in eight out of the twelve Eco buildings that every 15 minutes provided measurements of energy consumption from heating, hot water and electricity. Further parameters measured were indoor and outdoor temperature and humidity. The analysis of this data was led by a private firm, who delivered two reports in 2011 and 2012. A second level of analysis [8] targeted new inhabitants, their lifestyles, their behaviour and feeling about living in De Bonne through interviews and questionnaires. The combination of both directions of analysis brought precise data on the bulding’s efficiency when used and lived by inhabitants.

The report on energy data shows an overall excess of consumption in buildings compared to the target set by project Concerto and by planning documents. The most important excesses in consumptions were found in the heating system and the electricity used in common spaces (elevator, alarms, lights,etc). Results regarding domestic hot water performed slightly better, although the consumption was still higher than expected. The report has established that in such high energy efficient buildings, the major factor explaining the over-consumption is the inhabitants behaviours and practices. Adding the findings from the report focusing on inhabitants’ behaviour, both reports conclude that the planned levels of energy perfomance can only be reached if inhabitants adapt to the technologies and change their habits. The high level of energy efficiency of the building makes it extremely sensitive to variations in behaviour. Nevertheless, comparing data across years, a learning process could be identified, with an overall increase in energy savings, reflecting improved practices of inhabitants. This experience highlights the need for a greater focus on training inhabitants and raising awareness on the way to best use such complex and high quality environmentally conscious buildings.

Further to these energy performances concerns, De Bonne can be considered an example of success as it integrated diverse population in terms of socio-economic backgrounds, whereas most European eco-districts target middleclass housing needs and are not afordable for low-income families. It has also succeded in developing of eco-skills with regards to the operations and constructions parts of the project. Thanks to the training provided, expertise in construction techniques developed in 2003 that anticipated the knowledge requirements needed for complying with the national legislation on energy efficiency in new buildings emanated in 2012.

The De Bonne neighbourhood was awarded the National Great Prize of eco-district awards organized by the French Environment Ministry. 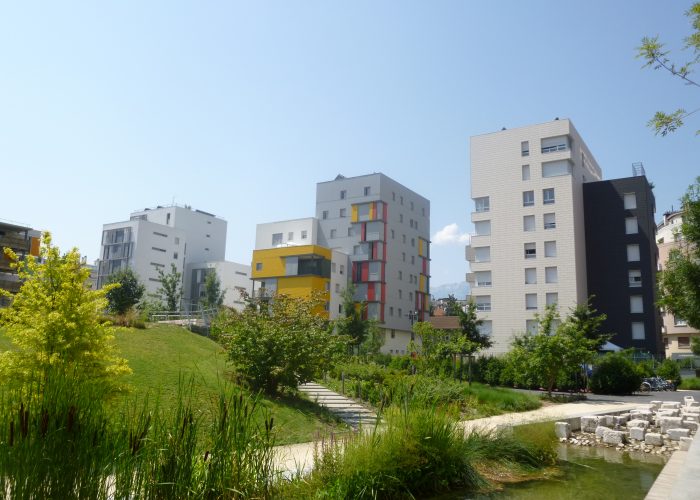 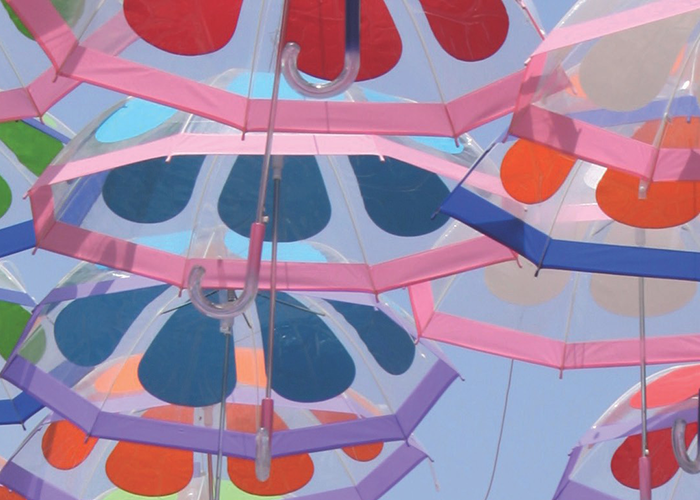 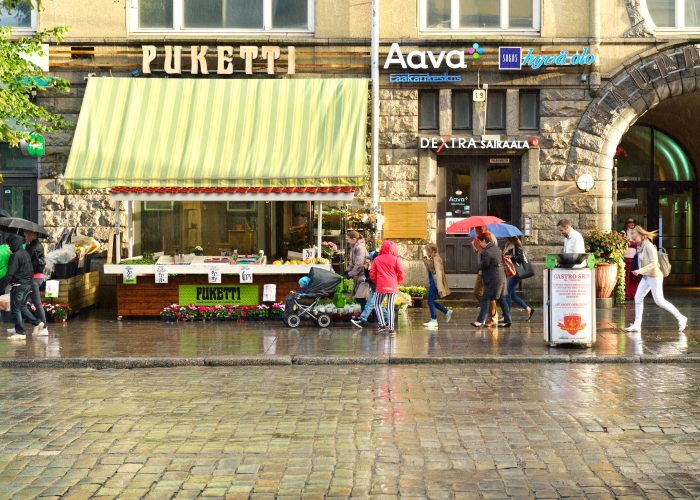 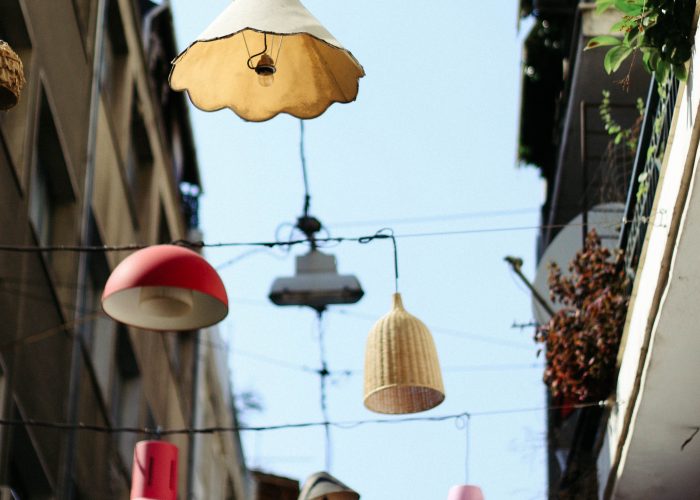 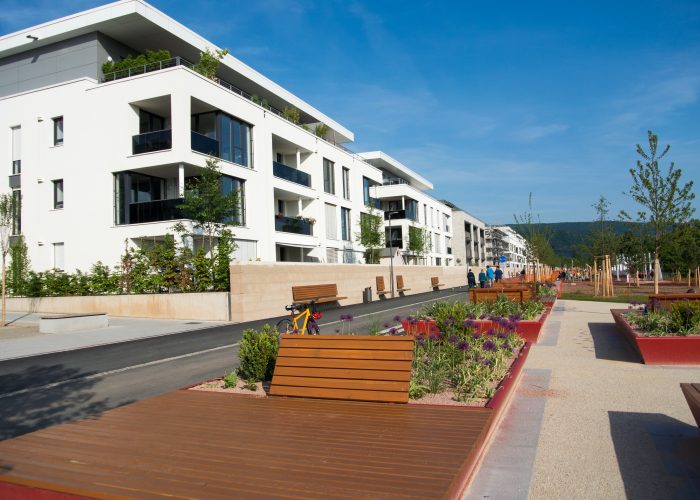 The banks of the Haute Deûle, an eco-district along the waterway