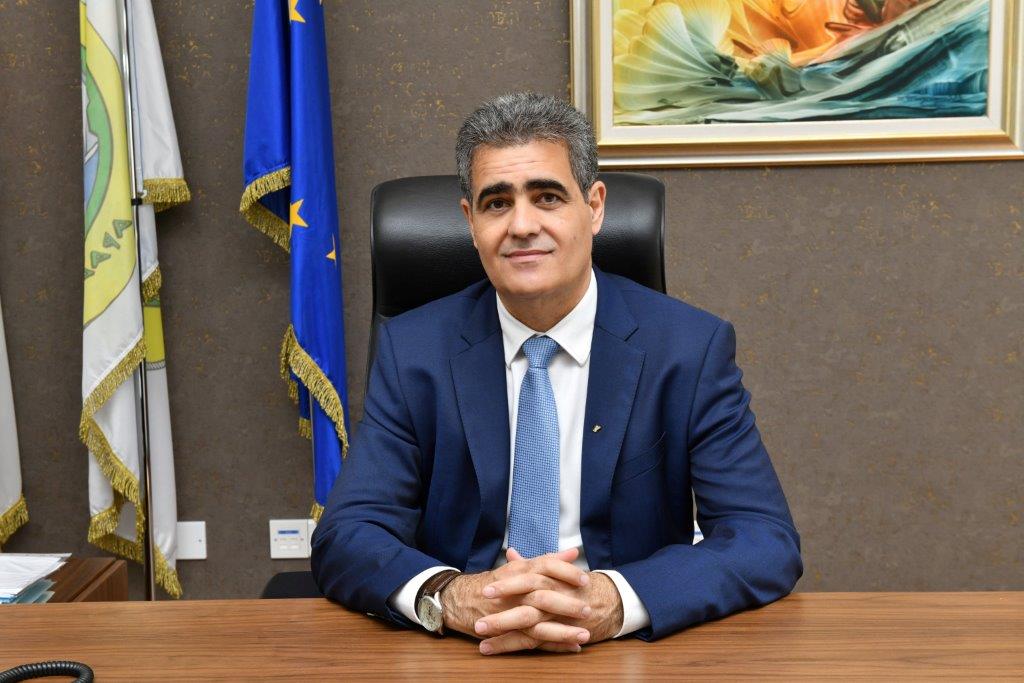 Mayor Evangelos Evangelides was born in Aradippou in 1963.

He holds a Bachelor degree in Business Administration from the University of Chicago with a specialisation in Marketing and he is an accredited business consultant from the Canadian government.

He was an elected Municipal Councillor of Aradippou Municipality for 3 terms and 15 consecutive years (1996 – 2011) during which he presided over different Committees of the Municipality.

In 2011, Evangelos was elected Mayor of Aradippou for the first time, a position for which he was re-elected in 2016. In year 2014, Evangelos has lead Aradipppou to join the European Association of Local Authorities in energy transition “Energy Cities”, increasing the capacity of the town’s Smart City strategy. He also represents Aradippou Municipality on the Board of the Greek City Network “Sustainable City”.

As of October 2016 he is the Chairman of the Council for Exploitation of Disposal or Utilisation of Domestic Waste Area, of Larnaca and Famagusta Districts.