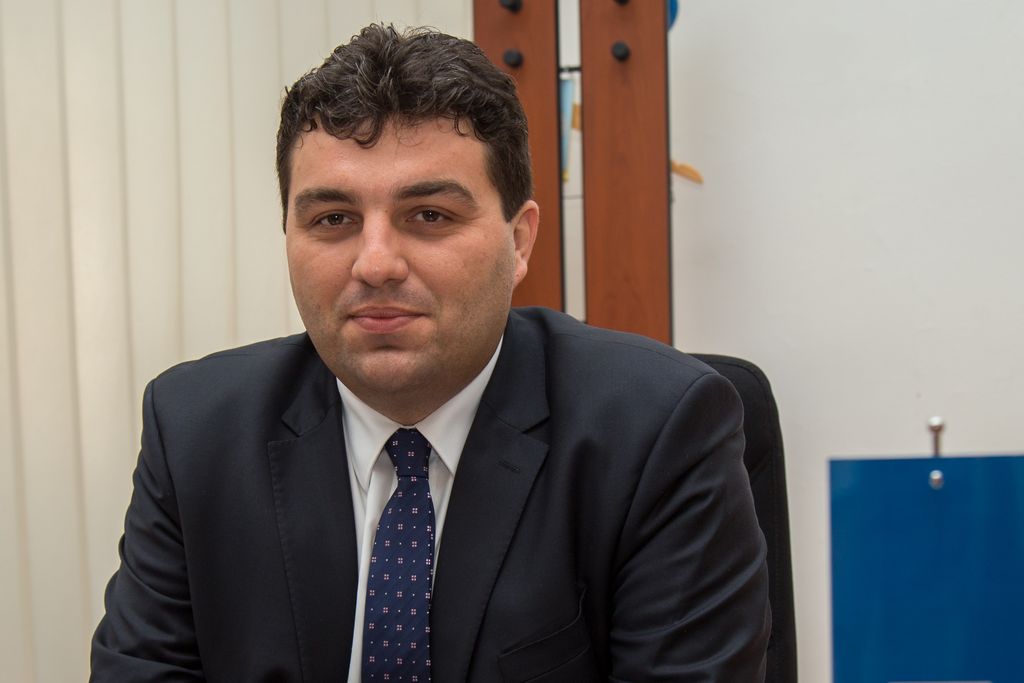 Mario Rajn is Mayor of Križevci

Mario Rajn has a bachelor’s degree in mathematics from the Faculty of Science, University of Zagreb, with pedagogical and psychological competencies acquired at the Faculty of Education, Josip Juraj Strossmayer University in Osijek. As a scholarship holder of the VERN Polytechnic, he specialized in 1T management. He also completed the annual program of the Academy for Political Development of the Council of Europe.

He has been active as a volunteer in the civil sector for more than a decade, and is the former president of the Krizevci Association

P.O.l.N.T. in which he realized many charitable actions as well as organized various cultural and artistic festivals and projects that promote education, such as the Study Fair, etc. At the end of his term in the association he decided to pursue local public policy.

He was a member of the City Youth Council of the City of Krizevci from 2009 to 2013 and a member of the County Youth Council of Koprivnica-Krizevci County from 2012 to 2014. He completed bis intemship in the banking sector. He worked for several years as a mathematics teacher in primary and secondary schools in Krizevci and the surrounding area, and then moved to the private sector.

He worked as an executive director in a company from Krizcvci with about forty employees, in business development and strategic management. He prepared and successfully secured funding from EU fonds for the project for the introduction of modern technological solutions in the business of the company, the implementation of which is underway.

He is married to his wife Viatka, a doctor who specializes in school medicine, and they have a daughter Eva. ln his free time, he likes to play football, and he and his wife like to take part in pub quizzes.

He nwtured his love for music in his youth as a keyboardist in the Krizevci rock band Porota, and he also finished elementary music school, the accord ion instrument. He is a big fan of books. especially from the economic and technological fields. He was elected mayor of Krizevci in the 2017 elections, when in the second round. as an independent candidate with 61.58% of the votes.