The European Commission is due to launch a call for Expression of Interest to participate in the 100 Climate-Neutral and Smart Cities by 2030 Mission in the second half of November. The Info Kit for Cities published on Friday is an important part of this process and is composed of two parts:

A Frequently Asked Questions document is also available, following the webinar “The Climate-Neutral and Smart Cities Mission” of 1st October. Cities can already pre-register to receive further information on the call.

Cities play a pivotal role in achieving climate neutrality. They take up only 4% of the EU land area, but are home to 75% of EU citizens. Worldwide, cities account for more than 65% of energy consumption and for more than 70% of CO2 emissions. The targets of the European Green Deal – reducing emissions by 55% by 2030 and becoming the first climate-neutral continent by 2050 – will be impossible to achieve without cities in the vanguard of concerted efforts. Many European cities are already doing fantastic work towards climate neutrality, yet only a handful of cities have so far adopted a target of climate neutrality by 2030.

The Mission on Climate-Neutral and Smart Cities (the “Cities Mission”) will mobilise local authorities, citizens, businesses, investors as well as regional and national authorities to achieve two objectives:

For more information on the Mission visit the Climate Neutral and Smart Cities Mission page. 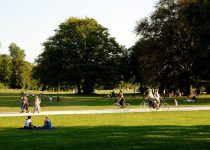