Helsinki is the capital and most populous city of Finland. Located on the shore of the Gulf of Finland, it is the seat of the region of Uusimaa in southern Finland, and has a population of 650,058. The city’s urban area has a population of 1,268,296, making it by far the most populous urban area in Finland as well as the country’s most important center for politics, education, finance, culture, and research. Helsinki is located 80 kilometres (50 mi) north of Tallinn, Estonia, 400 km (250 mi) east of Stockholm, Sweden, and 300 km (190 mi) west of Saint Petersburg, Russia. It has close historical ties with these three cities.

Together with the cities of Espoo, Vantaa, and Kauniainen, and surrounding commuter towns, Helsinki forms the Greater Helsinki metropolitan area, which has a population of nearly 1.5 million. Often considered to be Finland’s only metropolis, it is the world’s northernmost metro area with over one million people as well as the northernmost capital of an EU member state. After Stockholm and Oslo, Helsinki is the third largest municipality in the Nordic countries. The city is served by the international Helsinki Airport, located in the neighboring city of Vantaa, with frequent service to many destinations in Europe and Asia.

Helsinki was the World Design Capital for 2012, the venue for the 1952 Summer Olympics, and the host of the 52nd Eurovision Song Contest in 2007.

Helsinki has one of the highest urban standards of living in the world. In 2011, the British magazine Monocleranked Helsinki the world’s most liveable city in its liveable cities index. In the Economist Intelligence Unit’s2016 liveability survey, Helsinki was ranked ninth among 140 cities.

They include the development programme of the energy company Helsingin Energia, a climate action plan, a noise prevention plan, a programme to secure biodiversity and a report on Helsinki’s energy policies.

Global climate challenge calls for multifaceted solutions and input from everybody. At Helen, we strive for a climate-neutral energy future.

In the future, a significant amount of energy will be produced from solar and wind sources; yet an ever-increasing amount will be generated from recyclable energy sources and with new future technologies. For now, we still need heat generated by combustion during wintertime. Energy will continue to be generated in the city, close to the customers.

In the long run, the city strives for fully climate-neutral energy production. By 2025, Helsinki aims to:

City of Helsinki is a member of Energy Cities since 1996 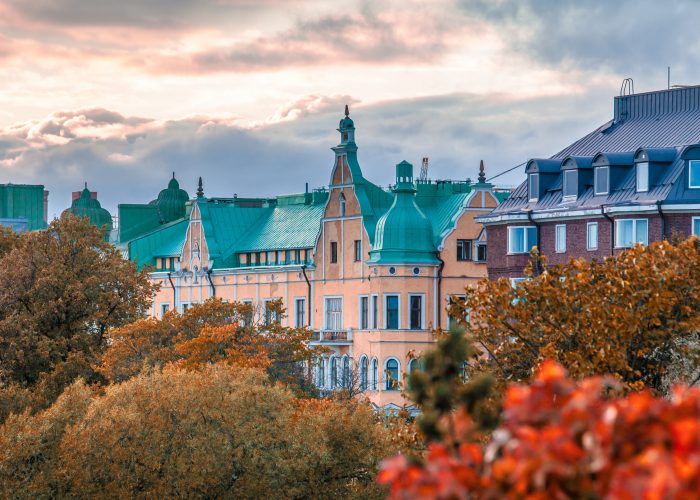 Engaging city workers, residents and stakeholders to save energy in Helsinki

In a country where temperatures are below 10°C for half of the year, heating buildings is a crucial basic utility. As a result, Finland has […]