Lille is a medium-sized (233,000-inhabitant), dense city (6,700 inhab/km²), in an urban area (Lille European Metropolis – MEL) of 1.2M inhabitants. The MEL covers 90 local authorities, pooling their resources together for more efficient action in a number of fields (water management, mobility, economy…). Lille remains a working-class city, recognized for its dynamism. Lille also faces a high poverty rate with 1 in 4 inhabitants living below the poverty line.

A city with a mineral and industrial past.

Historically, Lille is a predominantly mineral city built inside the Vauban ramparts. If its industrial past built its economic success it has also left it with polluted soil and brownfield sites. Nevertheless, while it has experienced industrial decline, it has recovered by combining a strategic vision (tertiary capital with high added value) with a strong rallying of local stakeholders (European Capital of Culture in 2004) and social ambition (welcoming, sustainable city).

Europe features in all Lille’s projects:

•Leader of the INTERREG “Moloc” project for a low-carbon city, with Hamburg, Turin, Suceava and Katowice

•Leader of the Sustainable Housing for Inclusive and Cohesive Cities INTERREG project, alongside London and Ghent which promotes an affordable housing model inspired by community land trusts.

Since the 2000s, the dynamics of ecological transition have been underway in Lille: Agenda 21, an urban project “For a New City Art”, Covenant of Mayors, Climate Plan, solutions agenda, eco-neighbourhoods… Its European Green Capital candidacy is a new step in this story, helping to realize it and give it new momentum.

Accommodating housing and economic activities, fighting energy poverty and global warming, limiting urban sprawl, cleaning up the soil, promoting sustainable transportation and limiting disconnected neighbourhoods while preserving green and blue breathing spaces to provide a pleasant living environment in the heart of the city –these are issues the city is constantly attempting to address.

Lille is developing an inclusive vision of the city-one of the pillars of sustainable development, to provide access to affordable housing within the city rather than in the outskirts. This vision is made possible by rehabilitating old neighbourhoods or transforming its many industrial wastelands. 15,685 dwellings were built (or are currently under construction) between 2008 and 2018. It is also reflected in environmental health, and urban projects are carefully integrating issues related to carbon, biodiversity, noise reduction and improved air quality.

Competing for the European Green Capital Award 2021, the city of Lille promotes:

1. A green and resilient city

2. A circular and inclusive city

3. A calm and breathable city

City of Lille is a member of Energy Cities since 2002 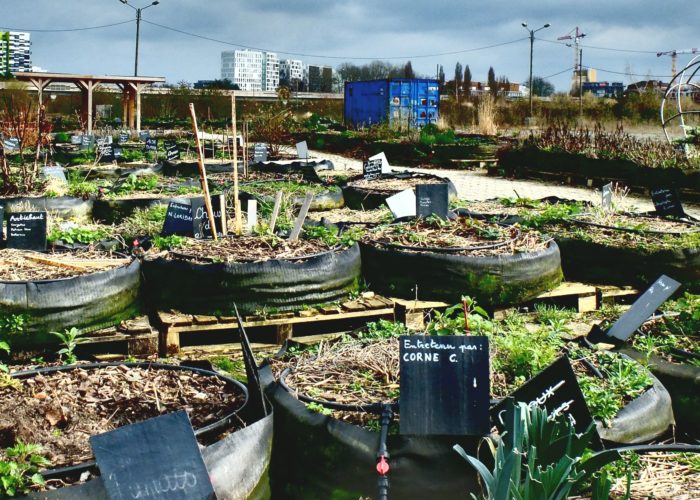 MOLOC, “Morphologies Low Carbon”, is a European project co-funded by the Interreg Europe Programme. It is led by the City of Lille and includes the […]