Marseille’s eco-district of Îlot Allar uses seawater for heating and cooling through a new private initiative: Massileo. This renewable technology is likely to expand in the coming years, but what does this mean for public ownership of the energy systems?

Using seawater for cooling and heating is not new, but it is for Marseille. Massileo, a new private network installed on the city’s port area, uses this renewable technology to heat and cool buildings in the so-called eco-district of Îlot Allar.

Two things stand out from this story.

Let’s start with the good news. Massileo provides a blueprint that others can follow if they are willing to make the investment. Since it was implemented, the number of buildings that requested to be connected to the network keeps increasing. It works, it is reliable, and it is a sensible economic decision. European cities with direct access to a lake or the sea can take advantage of this technology to cut down on emissions related to heating and cooling, responsible for about half of Europe’s energy demands.

The network pumps water from the Mediterranean Sea at a depth of about 50m, where the temperature is largely constant. The calories from the seawater are transferred through a heat exchanger to a freshwater network, without having to mix. The system is also interconnected and transfers energy between buildings: the heat produced by air conditioning in one sector is used to warm water next door.

Massileo is not the first private initiative of its kind in Marseille.

Installing this technology in two new public buildings in the area was considered back in 2013, but a decision could not be made and the project was dropped. As with any other system shift, the economic model was not fine-tuned, and the initial investment didn’t show a clear upside.

ENGIE, the French multinational utility company, saw an opportunity and decided to invest heavily in a new network called Thassalia that uses this technology. For some, this bold decision might have been somewhat unexpected, but it was welcomed nevertheless. The City’s commitment to subsidise around 20% of the investment was key to materialise this new development. And as competition encourages innovation, Dalkia (EDF), a direct competitor or of ENGIE, was quick to come up with a similar initiative in 2017: Massilleo, a 1,4 km network.

The second thing that stands out is that an opportunity missed by the public authorities was picked up by a private company who was ready to engage in an innovative project. And this is the concern.

It is not a concern because the private sector should not play a role in deploying technologies and solutions that can significantly cut emissions. This is welcomed with open arms. But it does feel like a missed opportunity for public ownership.

The motivation of any private entity is to sell things and to make a profit. This is not a criticism, but a fact. The product, in this case, is energy. The more energy is consumed the higher the return of investment will be, and the more likely a company will invest in similar (and much needed) projects in the future. Private companies must certainly be encouraged to make such investments. But Europe needs to move beyond big private energy firms, and towards democratized and locally owned energy systems.

The premise of heavy private involvement directly impacts a related: energy efficiency. To significantly cut down on emissions and meet the Paris Agreement, energy efficiency needs to be a top priority and be in sync with renewable energy development. From the perspective of a private entity that has to think about return of investment, shareholders or job creation, this might not be a priority. The better isolated a building is, the less energy it will consume. This means less profit.

How can we make sure that projects like this are initiated, implemented and encouraged by public institutions in the public interest and in line with climate goals?

One answer is better data. In order to implement solutions that work, authorities need to identify, analyse, model, and map heating and cooling needs, as well as resources available on their territory. Hotmaps, an EU-funded project under development, With will allow public institutions (and private companies) to spot opportunities and make smarter investments.

Hotmaps is an online tool that local authorities can use to create scenarios that will inform their planning. Through an interactive map, the user can play with variables within an area to optimize resources and spot opportunities. The project involves stakeholders from a wide range of sectors and provides data for EU28 at national and local level. It will help authorities develop heating and cooling strategies on local, regional and national scale in line with RES and CO2-Emission targets on national and EU level.

Information is only one part of the puzzle. Incentives to private businesses, committed local leaders and cooperation among European local and national authorities will drive the European energy transition, but it can all be enhanced with more and better data.

Read about CADéco Jonction, a similar project in Geneva. 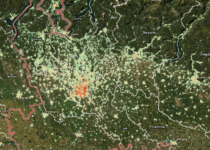 The perfect match of data and heat planning 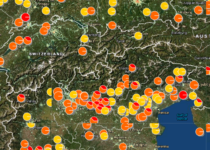 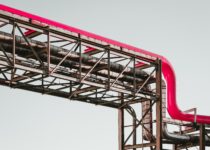 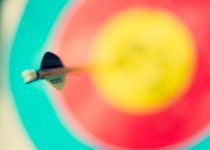 For cities to achieve their decarbonisation, they need greater staff resources