In the past, France and Germany made very different political choices. Today, however, a convergence of their objectives is giving new life to the Franco-German engine, according to Mr Pascal Gauthier, Economic, Transport, Energy and Environment Adviser at the French Embassy in Germany.

In January, resolutions were adopted by both the French National Assembly and the German Bundestag on the occasion of the 55th Anniversary of the Elysée Treaty. Back in 1963, the energy transition, and even more so energy transition partnerships were unheard of. 55 years after officialising the friendship between both countries, is the Franco-German heart still beating fast and what can cities expect from this renewed treaty and the new government?

We interviewed Mr Pascal Gauthier, Economic, Transport and Environment Adviser at the French Embassy to Germany.

The energy transition is currently one of the major challenges facing Europe. In your opinion, how can we use the so-called ‘Franco-German engine’ to make progress on issues such as energy efficiency, renewable energy or community projects?

Because of their demographic and economic weight, all eyes are on France and Germany when it comes to introducing changes at European level and complying with the Paris Agreement commitments. This does not mean that other countries do not count, but if the French and the Germans are not part of the movement, a large chunk of what the other countries might decide to do will not come to fruition. Conversely, if the French and the Germans can come to an agreement on certain points, the prospects of getting the other countries on board and bringing about significant change are much higher.
It so happens that in the past our countries made very different energy choices. The Germans decided to phase out nuclear energy by 2022 and develop renewable energy. The French opted for producing mainly carbon-free power, with nuclear energy accounting for 75%.

Over the last few years and months, however, we have been witnessing a convergence of views between the two countries. First regarding the objectives: everyone agrees that the Paris Agreement has to be complied with and that we must reduce our CO2 emissions. But we also see that Germany, which was the main driving force in the past few years, now seems to be standing back a little, especially since the German elections of 24th September. It is now France rather that is pushing a little harder with proposals. So we are all awaiting the coalition agreement between the centre-right political party Christian-Democratic Union and the Social Democrats (SPD). The first proposals that have emerged from the energy and climate working group between both parties are not as ambitious as we could have hoped for.

Are there practical ideas for collaboration in the resolution?

There is one idea that has been put down in black and white in both the Bundestag and the National Assembly resolutions. This is the carbon price. For the time being it remains a declaration of intent. The CDU/CSU-SPD working group refers to this joint declaration issued on the occasion of the 55th Anniversary of the Elysée Treaty, but there is no commitment in the formulation. It does not mean, however, that it will come to nothing. We know in a German coalition agreement that what is not written down will not come into being, but when something is included, at least the opposite will not happen.

Agreeing on a common goal does not mean that France and Germany will do exactly the same: France has indicated that it wants to reduce the share of nuclear power from 75 to 50%, which is not the choice made by Germany. Germany still has many coal power plants. The positive point in the agreement that seems to be emerging – provided it comes into being as the 450,000 members of the SPD still have to vote – is that a commission will be set up to decide on how Germany will phase out coal. So we can see that each country is following its own path, but we need to coordinate our efforts and have as many joint positions as possible.

From a French and European point of view, what priorities should the German grand coalition define to accelerate the energy transition on both sides of the Rhine?

There are two priorities and both are linked. The first priority would be the carbon price. Carbon is cheap. About 8 EUR/t currently. But we know that for the most heavy-polluting coal plants to become unprofitable, the carbon price should be at 20, 25, 30 euros per tonne. We are a very long way from that. So today, the economic players are investing big or at least keeping their coal plants running in Germany and Poland. We are also facing a public health issue: our governments were summoned to Brussels last week to explain their pollution levels, especially regarding fine particles, which are generated not only by cars, but for the most part by coal plant fumes. A high carbon price would mean, that the economic players would automatically turn to either renewable energy or gas-fired plants. So the draft coalition agreement (provided it comes into being) would be an extremely positive development if we could make progress on the carbon price.

The second priority is the German coal phase-out plan. Today, RES have reached a record high, at around 36%. But coal still accounts for over 40% and has lost very little ground in recent years. The issue is the conversion of German coal-producing regions, like Lusatia and North Rhine-Westphalia. They will need to be supported.

What I also noticed in the coalition agreement is the extremely well-developed section on the building sector: over one billion euros per year are to be spent on the thermal retrofitting of buildings and fiscal incentives.

Energy Cities is a strong advocate of a distributed energy system. Thanks to projects like Tandem, which supports city twinning programmes around energy and climate, we are bringing both countries closer at the local level. Is France prepared to strengthen cross-border cooperation between cities and consolidate European democracy through local action?

This is the most difficult of your questions to answer. By definition, this can only be decided locally. Local cooperation cannot be decreed at the national level. It must be the wish of local authorities and the elected officials who say “I want to know what is going on across the border” to form partnerships. It is interesting to see that some territories do not look beyond their borders. While there are others, who are curious and want to know what is going on in Germany, Sweden, Spain or Italy. I think we can learn a lot from our neighbours. And it works both ways! I have noticed that many things work better in Germany than in France, but vice versa too. Exchanges have two virtues: one is to serve as a model, and the other is to get to know your counterparts.

In Europe, we have this cultural and technological richness and we must continue to nurture it.

Franco-German local and regional cooperations for the energy transition :

…and many other stories in our city database 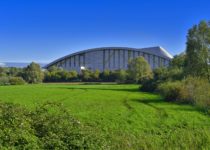 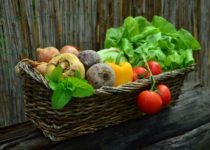 Food at the heart of cities and families

From the Positive Food Challenge to rooftop gardening, we take a look at cities that are making food a priority 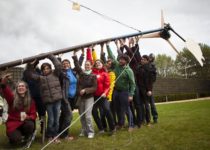 Making community energy a reality in your city

Our Cooperation labs bring cities and citizens together