The community energy landscape in Europe has been radically transformed by the Renewable Energy Directive. The new landscape will only be fully mapped as communities explore the boundaries of their new role in the energy transition.

Energy Cities has put together a guidebook ‘How cities can back renewable energy communities’ to help communities with that exploration. And there has never been a better time for local authorities to get involved in community energy projects. The potential to deliver the energy transition while sharing socio-economic benefits is incredibly exciting.

The biggest change is that where local authorities have been traditionally seen as ‘technology enablers’ – that is, helping with coordination and facilitation, they can now take on the role which best suits each particular local authority.

In the first section of the Guidebook we look at how local authorities can act as a regulatory and policy enabler. There are a number of different variations here but it can mean including community ownership targets in long term energy strategies, requiring developers to open projects to citizen participation, procuring energy differently and steering new neighbourhood developments towards community energy – amongst a number of other possibilities.

Local authorities that want to get more hands on can become a project partner themselves. That could entail the creation of a dedicated body, securing financing and fundraising or mapping the potential in a community. There are real-life examples from across Europe on how these different approaches have been done and succeeded.

For those local authorities that where the regulatory system enables it there are opportunities for the local utilities to also drive a shared energy transition. That could mean remunicipilisation of the local distribution system as has been done in Hamburg, Germany with the help of a municipal referendum on the question. Or it could mean issuing ‘Energy Bonds’ as the city of Swindon in the UK has done as part of their drive to become a low-carbon economy by 2030.

These are exciting times for renewable and community energy. Citizens are seizing the potential to directly influence their energy and in doing-so becoming more involved and invested in their communities. That’s a powerful shift that is currently underway and the more people involved, the more powerful it will be. Read more in our guidebook, ‘How Cities Can Back Renewable Energy Communities’. 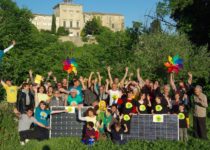 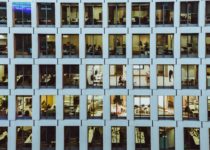 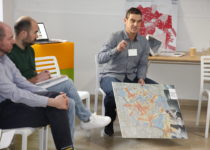 The infinite energy …of people