Food for thought and action 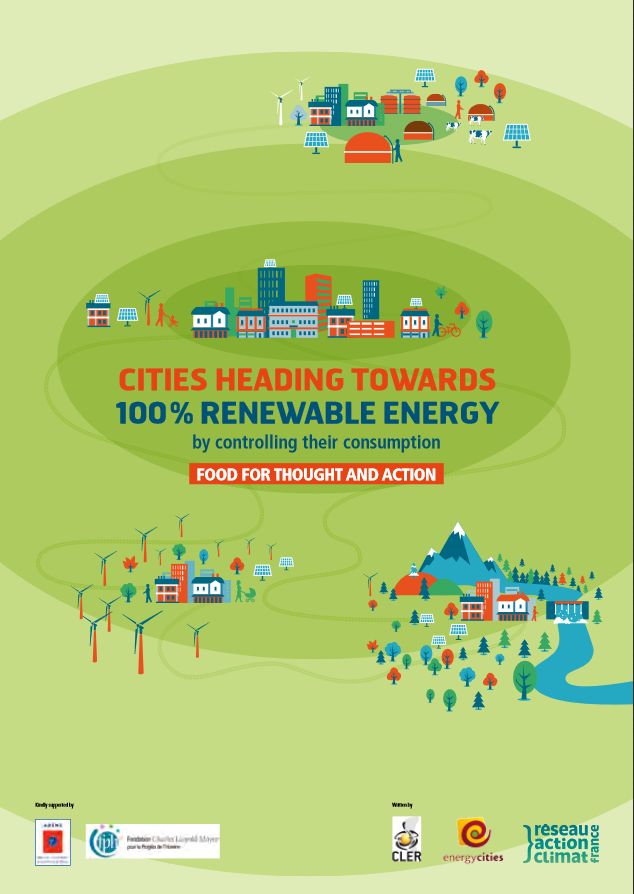 The Paris Agreement at COP21, the engagement of local authorities and civil society and the adoption of the law on energy transition in France marked 2015 out as a pivotal year. The question now is not whether the world will resolutely embrace energy efficiency and renewable energy, but how to conduct this transition so that it will bring benefits to all.
Renewable energy has become an essential part of the solution to a number of issues, from climate change and air pollution to geopolitical risks, price volatility and local and regional economic development. The sustained decrease in production costs means that renewable energy is already a competitive source of energy in many regions of the world and is set to become so in most very soon.

Communities, cities, regions, islands and even countries across the world have embarked on a 100% renewable energy path. An increasing number of local authorities are proving that a 100% renewable energy target – of course combined with energy efficiency and low energy use policies – is not only technically feasible but also economically and socially beneficial.

No two cities or metropolitan areas are alike. The path towards 100% renewable energy will be different depending on what natural resources are available in the territory and in neighbouring areas and on the priority given to energy efficiency, to particular energy sources (electricity, gas, heat), uses (buildings, mobility) or players (large energy companies, digital businesses, cooperatives). Although there is no right or wrong path, the pioneering authorities, all members of the international Global 100 RE2 campaign, and the French stakeholders interviewed for this publication as well as literature reviews provided the authors with sufficient material to identify five major recommendations.

Barcelona, towards energy self-sufficiency by 2050

Barcelona, Spain’s second city in terms of population, economic development and activity, has been optimising its urban flows for years. Its political vision is to become energy self-sufficient by 2050. The associated roadmap makes the “100% renewable” objective an integral part of the city’s official strategy by promoting energy savings and energy production based on solar energy, small-scale wind power and district heating.

Barcelona’s strategy is based on a two-fold observation: the high concentration of urban population is one of the major challenges of the 21st century, and the need for large urban areas to develop efficient energy solutions.

In 2015 this analysis led Barcelona to formally lay out its vision of a transition towards energy self-sufficiency. The municipality has set itself two objectives: reducing its greenhouse gas emissions by 40% by 2030 (compared to 2005) and producing enough energy locally to meet municipal needs.

The municipality is also playing a driving role in the city’s transition towards 100% renewable energy by promoting low energy use and energy efficiency, the objective being to reduce energy end-use by 10% by 2020 (compared to 2008)