Think Energy encourages energy efficiency by working on two linked fronts: To provide information so people can make in-telligent choices about energy use, and to change the culture around energy saving. This case study deals with a one-year campaign in Dublin’s civic offices and a permanent measure of equipping public libraries with ‘energy savings kits.’

Codema, an energy agency set up by Dublin in 1997 to help the city meet its energy performance targets, ran a year-long information campaign from June 2013 to June 2014 to reduce people’s energy use in the Dublin civic offices. To remain fresh and engaging year round, the campaign had seaso-nal material and activities. For Halloween, a series of posters spread messages about energy saving that played on the titles of popular horror films. For Christmas, the campaign became more family-focused, inviting employees children to participate in an energy saving themed colouring competition. Involving children captured the interest of parents. The campaign also hosted regular lunchtime energy talks, using inte-resting presenters, including a local fireman who set up the world’s first carbon-neutral fire station, and of course free coffee, as a lure.There was also a large two-day energy event with interactive stands, such as an ‘energy bike’ that made electricity more tangible for staff by showing them how tough it is to generate a couple of kilowatts.

The campaign originally aimed at achieving a 5% reduction in energy use. While it is always hard to quantify behavioural change in terms of kilowatt hours saved, the monitoring done during the project found a 13% reduction in energy consumption in Civic Offices after one year; however, it is important to note that energy upgrades were also carried out during this period.

During the campaign, Codema also developed ‘home energy savings kits’ small boxes with a range of tools people could use to better unders-tand and improve their home energy use. Dublin City Council placed these kits in libraries across the city, where people are now able to check them out just as they would a library book. People bring the kits home and use the tools to get a sense of how much energy they are using every day, and what they can do to reduce this consumption. The scheme was so popular that it was quickly brought to every public library in Dublin, and has now been extend across other cities and regions in Ireland. 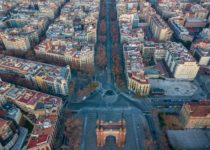 Being cold at home is not normal 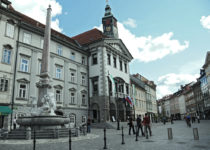