Engaging city workers, residents and stakeholders to save energy in Helsinki

The City of Helsinki has started the ENGAGE campaign to raise awareness about the Covenant of Mayors objectives (reduce CO2 by 20% by 2020) and to involve different stakeholders in the saving of energy. ENGAGE is visible communication campaign where energy engagements made by residents, companies or other interest groups are photographed.

The main focus of the campaign is on the posters, which are online but also seen in public premises. The ENGAGE campaign organises public events, communicates and meets
with residents. There is also a strong effort to involve the city´s own workers, so that energy efficiency is also integrated into the organisation’s operations. ENGAGE Day is being organised during National Energy Efficiency Week, and the campaign is taking place in Helsinki between 2010 and 2012.

The energy consumption of the City of Helsinki covers approximately 14% of the entire energy usage in the city area. That is why, in order to reach the energy efficiency targets (20% 20% 20% by 2020) in Helsinki, a new kind of cooperation between the City and its interest groups is needed. In addition to the energy efficient practical and technical implications, it is necessary to create wider networks and better practices. The private sector, individuals and organisations can all make a difference and adopt energy-efficient engagements in their everyday behaviour. The campaign includes monitoring some participants and their energy usage. In addition to the benefits of accurate calculation, these calculations also make participants aware of how their environmental impact and energy consumption is formulated.

12 European cities are already involved in the campaign. For details visit: www.citiesengage.eu 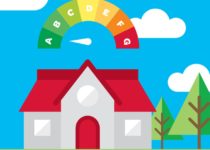