In Milton Keynes, United Kingdom, the citizens are not yet ready for Living Streets as the city is a new town built for the individual car user. Milton Keynes currently has few traffic problems but will grow from 230,000 inhabitants to over 300,000 in the next 7 years and 500,000 by 2050. Existing communities need more time to accept this initiative, gain trust and ownership of the public realm in a car-centric city where green space is near to everyone’s house. The legacy of the Living Streets initiative here is that people will be more involved in designing new neighbourhoods.

The challenge of implementing Living streets in a new town

In MK the individual car is the main mode of transport, facilitated by a grid system similar to Los Angeles. Milton Keynes has few traffic lights and many roundabouts which makes driving around the city easy and the promotion of sustainable mobility more difficult.

However, there are 250 km of cycle and walking routes in MK, called ‘redways’ that are completely independent from car traffic. MK has also many green spaces and sidewalks for pedestrians. So, the challenge Living Streets faced here is to solve something that is not yet a problem as currently there is no traffic congestion, people are able to drive around the city easily and plenty of parking space is available. Nevertheless, by 2025 it is estimated that there will be a travel demand increase of 60% while practical capacity improvements will only address a 25% increase.

Reaching out to local councillors, civil servants, stakeholders and citizens

Living streets encouraged departments in the Council that do not habitually collaborate such as the energy and culture departments to work together.

We are acting as catalysts with local communities, encouraging people to have a say in how their street and quality of life could be improved. This is important because there is a general view that the council makes decisions from the top down.

For Living Streets, MK residents were approached in different neighbourhoods throughout the city. Enthusiasm for the project was shown on several occasions however each neighbourhood eventually declined this opportunity for several different reasons: lack of time, opposition of a few inhabitants who didn’t feel comfortable with the idea of Living Streets or the budget offered for implementing Living Streets was not appealing enough, particularly compared to the budget residents usually receive for initiatives such as creating a community orchard. In this car-centric city there is a real anxiety for most citizens about walking and riding a bicycle and residents are reluctant to make something unpopular happen in their neighbourhood. Having to think differently and give up parking their individual cars in front of their houses was difficult for most streets. Citizens seem to be happy with the quality of life they have in this 50-year-old city where they do not face traffic jams. Most citizens have no problems with finding parking spaces at home, leisure activities and at their place of work while still being able to enjoy green areas on their doorstep.

The conclusion is that people need to be encouraged to be involved in their street projects by starting small and taking baby steps. Focusing on their fears and worries, such as time spent commuting in their cars, would be a good starting point for Living Streets in the future. Gaining trust and support is a very slow process and initially the support offered by the MK Council was perceived as top down but it did improve over time.The MK coordinator met with several not for profit organisations to discuss working together to make Living Streets happen in their area. This brought together like-minded people and was a good way to reach active citizens in the MK communities. Meetings were arranged with local clubs, associations, residents’ associations and charities and mutual goals were realised. One collaboration resulted in meeting families at two events organised with the Milton Keynes Play Association and MK Council will continue to work with this organisation in the future.

Community engagement establishes understanding between neighbours and promotes inclusivity. The Living Streets project is a great idea that fulfils this role and contributes to the positive vision we have for Milton Keynes in 2050 and beyond.

Living streets is planting a seed for the future

It is well known that personal transport is difficult to replace in the UK and particularly in Milton Keynes because it was designed for cars. However, some communities were willing to accept this restriction. Thames Valley police are interested in collaborating in Living Streets mainly because neighbours talking to each other means problems can be discussed. Furthermore, Town and Parish Councils are also familiar with Living Streets and are willing to proceed to some traffic restriction.

Living Streets have also had a positive influence on future planning strategies in a growing city where new neighbourhoods will be developed based on a more people-centric approach. This is the fruit of strategic municipal departments being involved in Living Streets and of the widespread understanding within MK Council of this initiative.

So, in Milton Keynes, the Living Streets initiative has planted seeds and supporters of the idea are waiting for conditions to become more fertile so results become real and visible.

I wish it would create parking spaces though, rather than lose them!

It was amazing to witness first-hand how the Living Streets Programme proved that streets can play such a fundamental role as an extension to private gardens and provide a place for residents to socially interact. 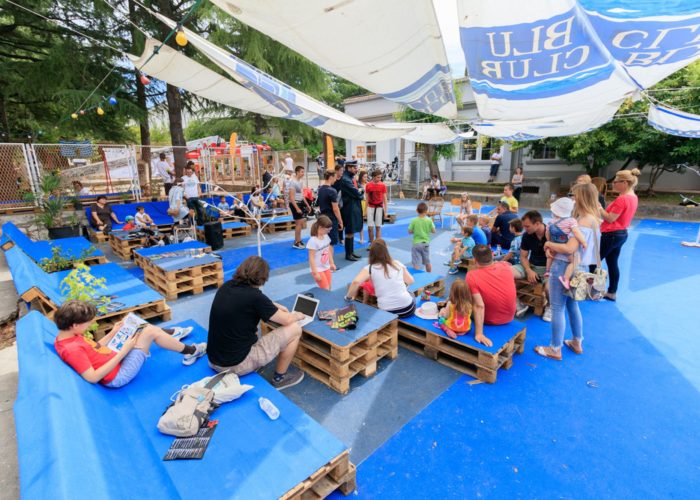 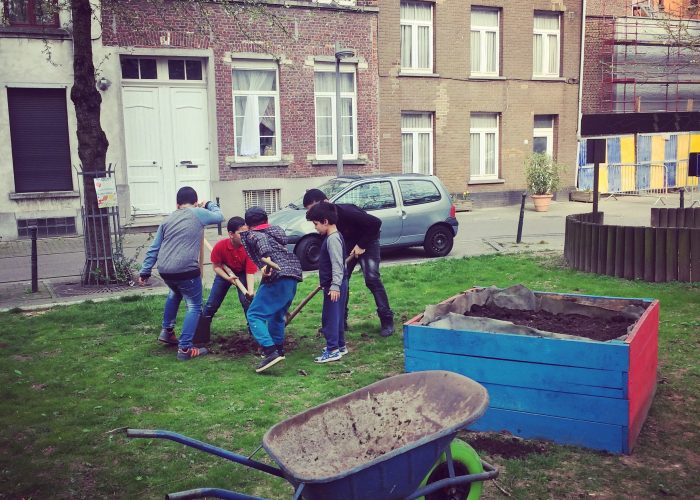 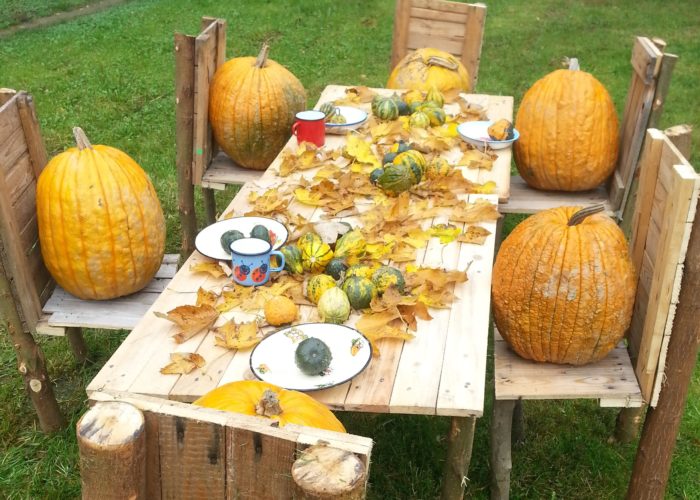 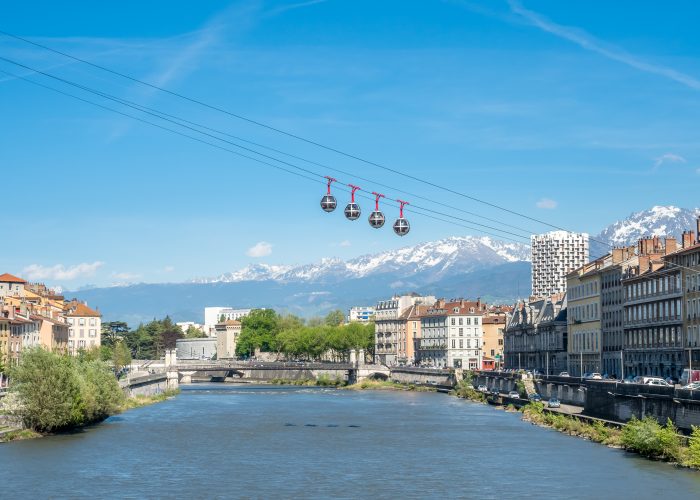 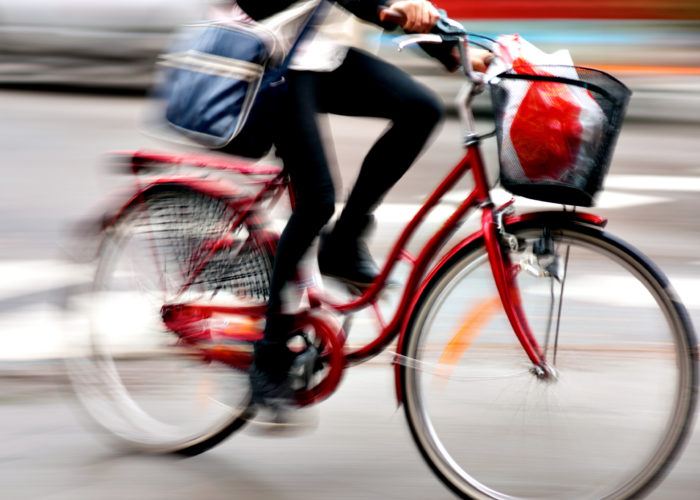 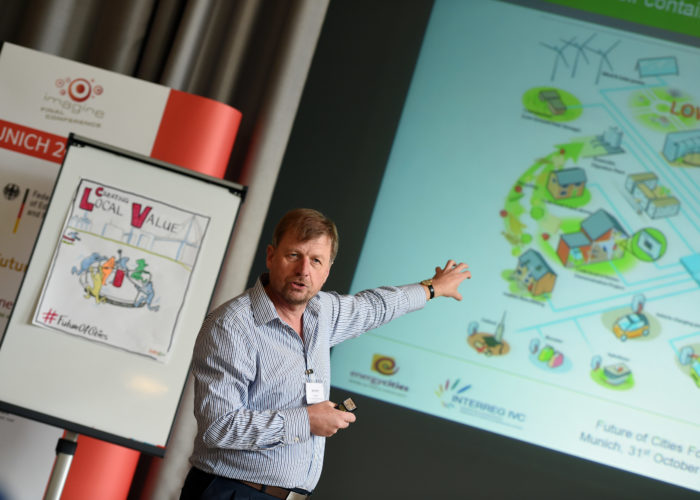