The Energy Cities community has recently welcomed some new members. We are very happy and proud to have Krizevci, Vienna, Valencia and Vilvoorde among us! These 4 European cities will enjoy the exchange of experience and opportunities Energy Cities provides, but they also have a lot of knowledge to offer when it comes to energy and climate actions!

Križevci is a small city in central Croatia. Recently they hosted and supported the first ever crowd-investing project in the country.

Thanks to the initiative of a local Energy Cooperative (ZEZ – Green Energy Cooperative), Križevci’s citizens financed the purchase and installation of a PV system for the roof of the local business centre. The City of Križevci provided administrative and financial support in the preparation phase. It also grants a 10- year energy saving annual fee to the citizens.

The project should save around 55 tons of CO2 each year, thanks to the production of around 50 000 kWh per year. With the new PV system, the development centre will be able to save money and secure the return on investment for the citizens-investors. A second crowdfunding initiative ended last week after only 48 hours, with around 23 000 EUR invested by citizens for a new solar plant!

Read more about this action

Green social housing for all

The Austrian capital is not only on the top of international rankings for quality of life, but it is also a champion for social housing. Every year the city of Wien supports the construction of 5 000 to 7 000 social apartments – around 85% of the volume of the new homes built every year.

All new housing projects in need of funding take part in a competition launched by the city. This process ensures that tailored housing solutions are found, but also encourages the use innovative architectural techniques and the preservation of the environment. Since 2007 the environmental standards and legal regulations for constructing new social housing have been raised as well as the level of grants and subsidies for environmentally-friendly buildings.

Read more about this action

The Spanish city of Valencia has hosted the Climate-KIC Climathon for many years. Climathons are a 24-hour hackathon focused on climate and energy, taking place in different cities at the same time. In Valencia, they are organised by the InnDEA Foundation, a local body funded by the city council to promote innovation development. Every year, the Climathon focuses on a different climate-related issue.
It gives citizens the opportunity to present their ideas to help decarbonise Valencia while helping the city to advance towards reaching its Covenant of Mayors’ 2030 targets – minus 40% emissions by 2030!

The city of Vilvoorde has been signatory of the Covenant of Mayors since 2014. The city reduced the CO2 emissions of its own buildings, cars and public lighting by 11, 14 and 10% respectively between 2011 and 2016. However, much remains to be done to meet the climate targets. Within the framework of the Covenant of Mayors, the city wants further reduce emissions by 2020 and work toward more renewable energy.

Dobrodošli/Willkommen/Bienvenidos/Welkom to our new members! 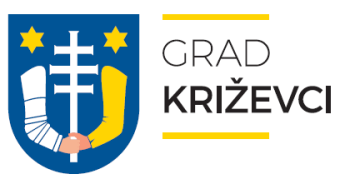