You want to set up a transition team in your city but don't know where to start? Here is what you need to know.

Climate ambitions are all very well, but city leaders will never reach climate neutrality on their own. They need to involve everyone in the city: everyday people, businesses, service providers, NGOs, research centers, and more. And they should start by doing so in their very own administrations, by involving people from across the city’s departments.

Unfortunately, things today rarely work like this. Workers from different municipal departments focus on their own topics and targets, almost never interacting or collaborating with one another. To effectively engage all parts of society in the transition, this is the first thing that must change. You should start by setting up a team of people from across the city administration dedicated to the transition: a transition team.

How a transition team works

Ideally, the transition team consists of 3 to 5 employees from different departments of the city administration. Each should bring different perspectives to the team, as they work on diverging strategies and content. Its main task is to design a transition that is participative and gets everyone on board. They make sure the transition involves all the players who have a key role in reducing emissions, beyond public bodies.

From here stems the difference between the transition team and “transition actors“. The transition team is the core group designing and implementing this co-creative process. It then gathers a wider range of people who will take part in this co-creative process: the “transition actors”. This is how even a relatively small core team manages to drive a complex process involving so many people. They constantly collaborate with diverse actors to understand the system, discover opportunities for change, and coordinate activities.

How to build your transition team

Since working on transitions concerns complex problems that involve a wide range of people with differing interests and goals, you have to choose your transition team wisely. You should form a team with a diverse range of capacities and skills. It’s important to include members with a good overview of sustainability initiatives and projects in the city, facilitation and stakeholder engagement skills, as well as awareness of policies and legal frameworks.

To recruit transition team members, you can conduct interviews based on a set or guiding questions or criteria. These can include intrinsic motivation, time, skills, or connection with (local) initiatives and stakeholders. In view of designing a just transition, it is important to prioritise diversity when building your team. You should aim for a diverse team in terms of institutions and sectors, as well as personal backgrounds (e.g. ethnicity, socio-economic background and gender).

At the beginning of the process, it is important to build trust. For this, you should think of creative and fun ways to get to know each other in the first meeting. It is also important to be transparent about each other’s strengths, weaknesses, personal drive and learning aims. Start by understanding how transition team members (initially) understand the transition challenge (i.e. how each person hopes to influence and change things). This will then help identify a collective vision of your transition management process.

Finally, after recruiting members and understanding each other’s motivations, you can proceed to defining roles and responsibilities within the team and during meetings. This will also allow you to assess the capacities and skills that may be missing.

What the transition team does

The transition team starts by conducting a system analysis. This then helps them map out the “transition actors”. It is then in charge of the engagement process. For this, they organise and facilitate a series of workshops with the involved stakeholders, while guiding them in developing new ideas and visions, and implementing actions. Another role of the team is to monitor the process over time. To this end, it can be wise to designate one person to take up the monitoring role within the team.

You can find more detailed information regarding the transition management approach and the transition team in the methodological guidelines of the project TOMORROW. There, you will also find concrete examples from the project’s pilot cities: Brest,  Brașov , Dublin, Mouscron, Niš and Valencia.

As a key element of the TOMORROW project’s methodology, a transition team is recommended as the first step for cities to set up participatory processes to design their local transition. You can find the full methodology in the guide Designing Participatory transformative process for Just & Climate-Neutral Cities, developed by the research institute DRIFT for Transition in the framework of the Horizon 2020 Project TOMORROW. 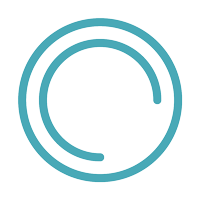 This guide supports policy workers in (European) cities who want to design a transformative and participatory process for realising just and climate-neutral cities.