Sustainable Mobility for Citizens in Europe 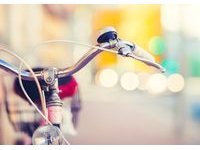 Objectives of the project

Efficient and effective urban mobility can significantly contribute to achieving sustainable economic growth and employment opportunities in our cities. It is of huge importance to achieving the EU 2020 objectives as 70% of the EU population live in cities and account for over 80% of the EU’s GDP. Moreover, in many urban areas, the increasing demand for urban mobility has created a non-sustainable environment with severe congestion, poor air quality and high levels of CO2 emissions.

The purpose of the project is to create a permanent thematic working group focused on sustainable mobility in the framework of Energy Cities. The project has tackled the development and update of the local Sustainable Urban Mobility Plans by the local authorities as well as implementation of specific actions, such as: promotion of cycling, car sharing, sustainable mobility in schools (walking buses, awareness campaigns), family contests, public events (e.g. energy days/fairs, European mobility week) allowing citizens to learn about local, national and European experiences in terms of products and services related to sustainable mobility.

CitiZEN partners at the kick-off meeting in Växjö – September 2015

The CitiZEN project was funded with the support of the European Union under the Europe for Citizens Programme.

4 European workshops and site visits have been organised within this project as well as 6 public fairs.