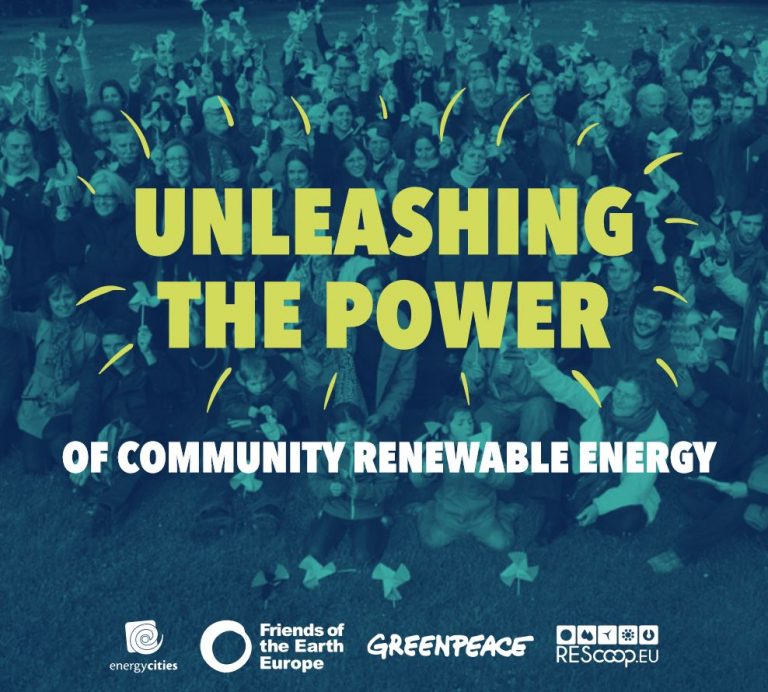 In a world facing climate emergency, transforming fairly towards a fossil-free energy system in Europe has never been more urgent. Communities across the world are already feeling the impacts of climate breakdown. Europe, as one of the world’s richest regions and the birthplace of the industrial revolution, has the responsibility to lead the fight to fix it.
A socially fair energy transformation means putting renewable energy into the hands of communities and people – taking back power from the fossil fuel industry, which has consistently blocked action that threatens its own financial interest, at the expense of people and the planet.

The community energy movement has recently received a boost, in the form of improved EU legislation which newly gives communities and individuals the right to generate, store, consume and sell their own energy. But these must now be put into practice in EU Member States.

From renewables production to supply – the story of ECOPOWER

Ecopower is a renewable energy cooperative, or ‘REScoop’, from Belgium. It was established by citizens around a kitchen table in Rotselaar in 1991. The origins of the Ecopower story date from 1985 when a watermill was bought as part of a co-housing project. In 2003, following the liberalisation of the electricity market in Belgium, the general assembly voted to become an energy supplier in the region of Flanders.

Today, the cooperative is both an electricity producer and a supplier operating in Flanders. With its 40 staff members Ecopower offers over 57,000 citizens the opportunity to get a grip on their energy production and supply. Projects in recent years include the development of wind turbines, solar and hydropower energy production, cogeneration, and a factory where wood pellets are produced. Together these installations produce about 100 million kWh per year. Through initiatives focused on energy efficiency, Ecopower’s members have reduced their electricity consumption by an average of 50% over the past 10 years. Ecopower also enters into direct partnerships with local municipalities to support economic and social value creation for the citizens and the municipality.