Planting the seeds for citizen energy in difficult times 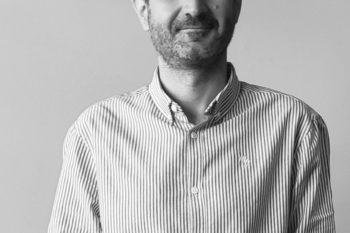 Since 2018, a new Greek legislation allows local authorities to be an energy producer. In this episode, we’ll have a look at how much this legislation was a gamechanger for Komotini, a local government with little resources but the great will to control its energy. Komotini is located in the very North-Eastern edge of Greece.

The city counts around 60.000 inhabitants and we were joined by one of them: Dimos Ispikoudis. Dimos works for the city of Komotini. He is the Special advisor to the Mayor, particularly on urban planning and EU co-funded public works projects. He is also Head of the programming and implementation Department. Komotini lies in Greece, but as Dimos told us, with its proximity to the Bulgarian border – which is only 30 km away – the city is very much Balkan-inspired.

In this interview, Dimos gives us a sense of his city’s ambitions to produce its own renewable energy and he also describes how they try to overcome challenges like lack of human and financial resources. Different options are envisaged in Komotini to make sure the local community is involved and benefits from the revenues.

This episode was recorded via internet. It is part of “City Stories” which is brought to you by the EU project. mPower explores how cities and citizens can manage the energy transition together – in a fair, clean and democratic way. Participation can happen at various stages: from involving citizens, local NGOs or businesses in the policy design to any stage of the energy value chain: for example as shareholders or even prosumers. The mPower project gets funding from the European Horizon 2020 programme.