“It can feel to people like everything is against them.”

Interview with Prof. Dr. Lucie Middlemiss about energy poor and why they should be involved in policy-making

On cold days, fierce winds blow through poorly insulated windows in Leeds. It travels through the over hundred high-rise buildings built in the 60s’ and owned by the City Council. 7500 households live in these buildings and thick woollen sweaters are not always enough to bear freezing indoor temperatures. These people suffer from energy poverty. And they are not alone: All over Europe, energy prices are currently soaring and the impact it will have on poverty will be huge.

In addition to not knowing how to pay the bill, vulnerable people often suffer from physical and mental diseases caused by their situation. Recognizing the struggle, addressing the issue and getting help needs to be made much easier. The consequences of energy poverty on health are widely acknowledged, but current approaches to tackle energy poverty are still too narrow. 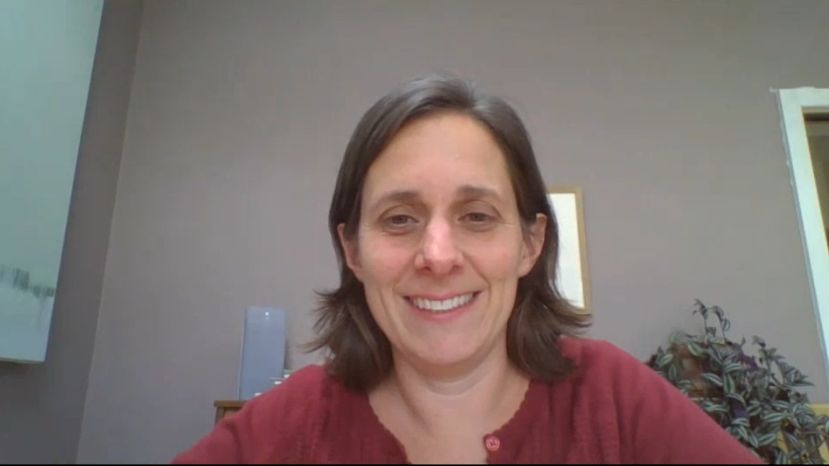 We asked Professor Lucie Middlemiss who the energy poor are in Leeds (and elsewhere), why they should be involved in finding the right answers, but also how she thinks research can help improve energy poverty policies in cities in the UK and Europe. Lucie is Professor of Environment and Society at the School of Earth and Environment at the University of Leeds. The University is one of the partners of the WELLBASED project. Lucie has an impressive track record of research on energy poverty with that particular focus on the “lived experience” approach whereby she gathers qualitative data through very personal 1-hour conversations with energy poor people.

Lucie, through your research, you are regularly in contact with people who are in energy difficult situations. Can you draw a little picture of who they are?

One common thing would be people on low incomes. Because, actually, the distinction between poverty and energy poverty is not huge. Most people on low incomes also live in houses that are not of great quality, and they’re not looked after and maintained very well. And then, most people of low incomes will also come into other categories, like disabled people in the EU have lower incomes than non-disabled people. And so, you would expect to find more disabled people that are energy poor. Single parents, often female-headed households would also likely be low-income. So you’d expect to find more of them who are energy poor.
In the old days, there used to be a lot of talk, particularly in the UK, of older people experiencing energy poverty. And older people are still a concern. It depends on how you measure it, whether they come out as a big category or a smaller category. I would say then there’s also this sort of physiological aspects of people’s bodies and how well they can cope with different things. So typically, the three categories that are listed in those terms are very young children: Babies and infants who can’t be cold or can’t be very hot they suffer a lot. People with disabilities would also struggle to regulate temperature, and then older people as well in that category. I could carry on naming categories of people, but probably the common characteristic is being on a lower income or being on benefits, and then not therefore being able to access adequate energy services.

Is energy poverty still a niche within the broader energy transition or do you see a change in how policy-makers deal with that topic?

Yes, so in the EU there is a clear shift, and I suppose, even five years ago, it was not so high up the agenda.

But then the pressure is coming from different places as well: We did some work in the Netherlands. There was a lot of city level interest in this topic, because at city level officials have responsibility for sustainability, for poverty, for thinking about health issues. So, when all those things wrap together you start to realize: Oh, there’s a nexus here that we could start to address through addressing energy poverty. And local level governments in the Netherlands did realize that and started acting on it.

And together with a team of experts, we wrote a white paper to suggest they needed a national policy, because they didn’t – at the time – have a national policy.  Some governments are still very much in denial about this problem, and they sort of think: Oh, it’s only part of poverty, it’s not a separate thing. There are things you can do, once you do have a policy, which are much more focused, and it also really helps with the just transition policy.

So, since we made that intervention, we effectively wrote this white paper, saying, you need a national policy. And now they are in the process of putting one together. And I guess the pressure was coming from the EU, saying you need to report on this. And then also from the local governments saying “we need a framework to be working with them”.

You are part of the Leeds-based team which is involved in the European project WELLBASED. WELLBASED aims to tackle energy poverty from a public health perspective. Health is often ignored when we talk about energy poverty, isn’t it?

I wouldn’t say that health is ignored in the energy poverty world, but it’s a part of this agenda which isn’t always talked about more generally. In the research, it’s very present, but maybe not so much in some of the policy discourse around it. So thinking about the just transition from the EU’s perspective where we need to make sure we look after those people who are most vulnerable, that clearly has to include people with health conditions. But the connection with health is not always as explicit as it should be.
That’s because there are other concerns: People having low incomes are often people that are socially isolated, for instance, or unemployed. So, energy poverty is a broad problem that links into a number of areas of policy. However, there is really strong evidence on the health effects of energy poverty. People tend to be not as healthy, if they are energy poor, both from a physical perspective and from a mental health perspective. Those two aspects of people’s lives tend to be really affected.

You suggest that people who are energy poor can even be engaged in policy design. I would think those people have other worries in their daily life and other conflicts to cope with. What could such an engagement look like?

So, in the Netherlands, our suggestion to the Dutch government has been to monitor the policy in the lived experience. So, to engage a panel of people who they meet with on a regular basis, perhaps yearly, a panel that’s representative of the types of people that experience this problem in the Netherlands: For instance, there would need to be single parents on there. There would need to be disabled people, older people, and so on, and they should revisit those same people yearly. When you do these kinds of studies, you tend to pay people to do that kind of work. So, they become a group of people that get consulted about policies on a regular basis. That’s a way of kind of minimizing the effort.

Having said that, there’s some really great examples of a bit more radical approaches to this in the UK. There’s a group called the APLE Collective, a group of people who have lived experience of poverty and who are happy to talk about their experience in order to change policy. And having those kinds of organizations, or supporting those kinds of organizations, perhaps facilitating those, could be a really great thing. Particularly, because the people involved in those projects will get a lot out of it.

“These are the people that we need to be thinking about when we think about just transition.”