City partnerships are part of the civic backbone of European integration and cooperation. However, their systemic potential as a powerful peer learning structure to roll out climate action measures has so far been underestimated. With their hands-on mentality, city partnerships are well positioned to share ready-to-be-implemented initiatives and ideas, to tackle politically sensitive topics, and to accelerate local-level climate action. Ultimately, they have the goal of sensitising, motivating, and supporting the local population and thus have significant replication potential and a high mobilisation capability. The exchange between partnerships also helps convey a positive image of Europe and cross-border relations to citizens. Therefore, European and national policy makers should proactively tap into this potential by providing easily accessible (financial) support schemes in order to spread knowledge and mainstream climate action cooperation between municipalities across Europe.

In the post-war period, town twinning has played an important role in reconciliation between people from formerly hostile states. Today, many cities in Europe maintain partnerships that are mainly dedicated to cultural exchange. However, various projects and cities’ own initiatives show that there are also many promising starting points for cooperation at the technical-administrative level, especially in the areas of climate protection, energy transition and new governance structures.

Upcoming EU legislative packages, which are considered ground-breaking for the achievement of climate goals, will affect the local level in many ways. However, in order to achieve these ambitious goals, cities and municipalities need to be empowered in implementing large scale climate protection measures. To this end, town twinning can serve as an important peer-learning structure and leverage factor.

Despite this, public local administrations are often unaware of the unique opportunity their existing city partnerships present. Even with the interest there, shrinking municipal budgets resulting from the current pandemic and a lack of staff leave many cities without room for manoeuvre in stepping up their partnership efforts for climate action. Former programmes like Europe for Citizens were a popular funding instrument to revive cross-border municipal cooperation, but were discontinued in the current funding period.

Despite differences in terms of structures, methods and empowerment to act, the fields of action at the local level are essentially comparable, as are the local players involved in the coordination and implementation of measures. Any differences serve as an opportunity to learn from each other and develop new approaches to solutions. Aside from any differences, municipalities often face similar challenges in their efforts to catalyse climate actions – whether it is overcoming tight budgets, gaining public support for their activities, or perhaps ensuring the necessary expertise within their teams for their implementation. Using established channels, avenues for exchange can be accelerated by long-standing partnerships which already have the grounding of mutual understanding and robust rapport. The peer-to-peer exchange format provides a good framework for local governments to share practical and experiential knowledge, learning directly from and about proven approaches of their partner city colleagues.

Furthermore, professionally supervised and fostered partnerships provide a high -quality framework for acquiring and discussing new ideas – busy municipalities are offered space, time, valuable (expert) input, and professional facilitation to brainstorm, explore old and new interests, and develop innovative ideas. In addition, municipal technical experts can benefit directly from external expert contributions and learn about useful and implementation-relevant measures, tools, and technologies, as the open nature of the format enables their participation and allows for the interdepartmental collaboration that is often lacking but desired.

Climate partnerships allow the participating municipalities to transfer knowledge, inspire each other, and create accelerated climate action that is greater than the sum of their individual efforts. To realise this climate potential, municipal partnerships require seed funding. However, there are currently very few funding programmes or projects on the national or European level that support longstanding climate-thematic municipal exchanges. More dedicated climate partnerships exchanges would help pave the way for sustained exchange on climate action, during and beyond the given projects. The projects themselves can be supported by implementing parties that facilitate the exchange including cooperation meetings, giving impetus to the implementation of a work plan, and ultimately helping disseminate the results nationally and Europe-wide.

In the context of the current funding period a two-tier approach is needed to reach and support as many European municipalities as possible.

Firstly, access to sufficient financing for municipal climate partnership activities allows having dedicated staff working not only on climate change issues, but having tending to their municipal climate partnership be within their work mandate. The impetus for climate action snowballs through mutual motivation. Thus, with (consistent) personnel resources, the partnerships can avoid dormancy. Partial funding for various types of climate policy job positions can help the municipalities cover the budgetary gap to realise their ambitions. Secondly also costs related to key components of sustaining partnerships like travels costs, translation, and importantly, some capital for the implementation of (joint) climate initiatives should be covered. This is key for the successful establishment and continuation of a partnership.

In cities where political decision makers are hesitant to form climate partnerships, securing funding through networking projects can provide co-benefits such as securing political commitment for the initiative. This would entail bigger networking projects such as BEACON, TANDEM, or initiatives supported by the Covenant of Mayors, and to have these coupled with follow-up and seed funding opportunities for new and existing partnerships. This allows the foundation to be laid and continued activity to build off of these established structures. These networking projects would complement bigger European research and policy funding programmes such as Interreg, LIFE, and Horizon 2020, which serve as focal points for cities who need structured input, inspiration, and guidance in taking their climate-related efforts to the next level. On top of that, possible joint bi-national funding programmes would make it clear that the climate crisis does not stop at national borders, but has a European appeal and thus encourage other countries to follow suit. 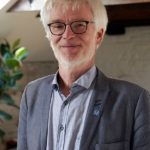 In this briefing, co-published with adelphi, we argue that municipal climate partnerships must receive more recognition and financial support by way of EU or nationally […]