What is transport poverty and how can cities address it?

What happens when fuel prices go up? When old cars are not allowed to run? What happens to those who cannot afford these changes? The most vulnerable people should not be the ones to pay the highest price for the transition. Just Transition policies need to remain adjustable and fair for all.

When talking about a Just Transition, we often mention energy poverty: we discuss matters within the home such as heating and cooling, presenting solutions like energy communities and energy efficiency. But most times, we forget to take into account that transport plays an important role in how fair the energy transition will be for each and everyone. How much is mobility part of the energy poverty spectrum? What does transport poverty mean?

A household that spends 10% of its expenditures on how its members move from A to B is considered a “transport poor”. These spendings can have many reasons: either people live in a remote area (which can easily affect the low income but also the middle- and high-income households) or face transport dependency due to distant living or high mobility needs that require households to rely on transport availability, accessibility, and costs (both public and private).

The problem is more serious than one could expect. According to the study “Defining Transport Vulnerability” by the French Energy Poverty Observatory, people are more likely to become transport poor than energy poor. The study underlines that more people are prone to be transport vulnerable (18,8%) than having difficulties in heating their homes (16,1%): as some suburbs can have renovated housing, it is the travel distance that creates vulnerability.

Indeed, living far from the main urban areas or having fewer means to travel to the workplace can often lead to social isolation and higher risks of vulnerability.

What can local governments do?

The following examples can give local governments ideas on how to tackle and alleviate transport poverty in their places.

Transportation for employment in Merseyside (UK)

In Merseyside County (UK), the project Neighbourhood Travel Teams (NTT) was launched in 2006 and aimed at providing one-to-one travel solutions to residents. The project wanted to give them better access to local job centres, children centres, adult learning centres and libraries. People received personalised travel plans and information, free bus passes and travel buddying options. NTT did not promote car use, but it focused on alternatives to car use to reduce fuel costs, considering that more than half (59%) of pathway residents did not own a car.

For instance, NTT encouraged people to use the “JobLink” buses that were already servicing main job areas. As a result, 70% of the people who had recently started a job said “it would not be possible” or “too difficult” to go to work without the JobLink service in Merseyside. In addition, the number of residents using public transportation to access employment, training, education and healthcare increased by 2,700 in 2007.

This shows that offering alternatives to car use is fruitful in deprived areas. Initiatives such as the NTT can help transport poor people finding and keeping their employment. The project evaluation report underlined why the concept is crucial in the Merseyside transport sector: “Until NTTs came along, it was no one’s responsibility to ensure that people who were making the difficult transition from welfare into work had transport available to them. Action for jobs had identified travel as a big barrier to accessing employment and training opportunities across the Merseyside region, (…) no one was providing dedicated transport assistance.”

In 2015, Energy Cities’ French member Dunkirk began to offer a free bus service on weekends to boost the local economy and permit locals to move more freely. The initiative was incredibly successful: residents began to use the bus much more frequently, 30% more on Saturdays and up to 80% more on Sundays. It enabled people to save money and avoid the stress and time management of parking. In fact, the initiative was so successful that the city launched an overall free system for the whole week. Now, buses are used 60% more during the week and 120% more on weekends.

In an article by CityLab, the Mayor explains this as both an environmental choice and a social initiative: “We all know today that we have to do something for the environment,(…) Free public transportation also adds a social dimension, because it links people together. That’s something mayors are very interested in developing.” He also explained that rider fares only ever made up about 10 percent of transit’s operating budget, which is about €50 million per year. The rest comes from a special transport tax levied on businesses and the regional government’s operating general budget.

This initiative has become widely popular both on local and national levels: free public transportation was also established in Tallinn (Estonia) and in Luxembourg.

Car-sharing by MOV’ICI in Grenoble (France)

MOV’ICI, a car-sharing mobile application, was promoted in Grenoble’s action plan. Car sharing makes it easier for vulnerable consumers to get to work. The app was established to offer both driver and passenger live information on journeys and a way to contact each other immediately. The driver chooses the prices which, from the beginning, were set between 0,30 and 0,60 euros per km. In 2018, the app had 45 000 members, more than 90 communes were involved and more than 220 000 people were linked together for car-sharing journeys.

The goal of this app was to make daily travels with public transportation easier in rural zones. The creators refer to it as an instrument of “territorial equity”: car sharing can be the main instrument to reduce spatial and territorial inequalities, as it connects people for an easier and cheaper access to basic services that they could not otherwise obtain using their own means due to territorial and economic restrictions.

Implementing fairer and shared ways to commute and decreasing car dependency by promoting free and accessible public transportation are some of the many ways municipalities can alleviate transport poverty. These examples are not always direct solutions to eradicate transport poverty, but they do offer alternatives for people to be less vulnerable.

Initiatives to reduce urban sprawl could also decrease private car use, while just regulations on rental prices and better cycling infrastructure to travel to work should be part of the solution. With the current Covid-19 restrictions and the higher amount of people working from home, employers could also consider encouraging home office solutions when possible, to alleviate transport poverty.

These front runner local governments remind us that transport poverty is not a one-dimensional issue but that it can be tackled at many levels in different fields. Although cities have an important role to play, transport poverty is also a national issue. If we want a Just (Energy) Transition, national and European policies should make sure mobility remains accessible and affordable for everyone. 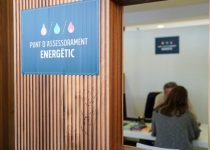 These innovative practices & projects will inspire you! 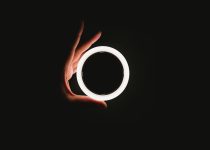 Ingredients for a local strategy against energy poverty 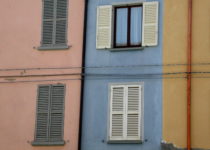 A success story from Italy 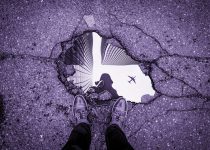 “It can feel to people like everything is against them.”

Interview with Prof. Dr. Lucie Middlemiss about energy poor and why they should be involved in policy-making