Strengthening Multi-Level Governance in the development of new NECPs 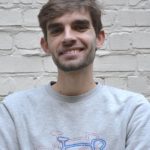 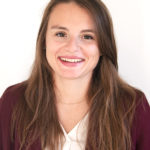 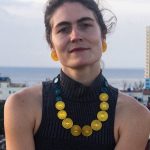 Too often, we see that national climate-neutrality and energy plans do not tap into the enormous potential local and regional authorities have in driving the transition, nor do national legislative frameworks always support municipalities’ efforts in the transition. Meanwhile, on the European level, there are clear expectations that cities be in the driver’s seat of this transition, as we see through several EU urban initiatives such as the Covenant of Mayors or the Mission 100 climate-neutral and smart cities, which have emphasized the key role of cities and regions in driving Europe to energy independence and climate-neutrality.

This inconsistency has shown through in the first versions of EU Member States’ National Energy and Climate Plans (NECPs), submitted in 2020 as part of the Energy Union governance process. In its first
assessment of the plans, the European Commission pointed out that local and regional authorities, along with other relevant stakeholders, are not considered enough in the development of national climate and energy policies. This assessment stressed the importance of fully implementing Article 11 of the Regulation on the Governance of the Energy Union and Climate Action, which mandates Member States to set up a proper multilevel climate and energy dialogue.

EU Member States are now working on drafting an updated version of the NECPs: the draft version of which is due in June 2023 et final version in June 2024. The NECPlatform project aims at helping EU Member States bridge the gap that has been highlighted by the EU Commission’s first assessment of the Plans.

The overall aim of the NECPlatform project is to support six EU Member States (Bulgaria, Croatia, France, Italy, Portugal and Romania) in setting-up and managing permanent multi-level Climate and Energy Dialogue (CED) Platforms, helping them comply with Article 11 of the Governance Regulation by fostering vertical and horizontal integration of energy and climate policies.

Such platforms will have the form of a roundtable and will meet 6 times each during the implementation of the project. Each platform will bring together relevant stakeholders (Ministry in charge of NECP, national association of local and regional authorities, national and regional energy agencies, civil society organisations, business sector, academia, etc.) to ensure that energy and climate policies are co-created and consistent at all governance levels and amongst different sectors of society, with the outmost objective of becoming privileged fora to discuss and deliver draft (2023) and final updated NECPs (2024).
Leveraging on existing experiences, which will be mapped in the initial phase of the project, and taking inspiration from knowledge partners and from good practices already in place in the 6 focus countries, the project will also improve the national policy framework of the 6 focus MS and deliver governance models which can be transferred to other EU MS.

This will be achieved through different means including a transfer program, advocacy activities and a comprehensive communication campaign at EU and national levels. To ensure synergies and strengthen the delivery of governance models with other initiatives and policies and ultimately deliver on the objectives defined by the EU, NECPlatform will establish strong links with initiatives such as the Covenant of Mayors and the Mission 100 climate-neutral and smart cities, considering their dependency on efficient multi-level governance processes.

Energy Cities has a double role in this project:

1 – Coordinating the consortium and partners that will be developing the methodology and implementing the platforms in the different countries.

2 – Leading the pilot in France, implementing the dialogues between local and national actors in this pilot country.