This is Merkel’s last chance to show climate leadership. This Friday, when the German government is set to adopt a new climate action law, Chancellor Angela Merkel can show how seriously the so-called energy transition pioneer takes its task.

The country, which decided to exit nuclear by 2022 and coal by 2038 (coal exit legislation is under way), faces a decisive moment on Friday 20th, when a new climate policy package is due to be adopted by the German government. But still this week, the governing parties, the Social Democrats (SPD) and Christian Democrats (CDU/CSU), are negotiating which measures should be part of the climate law. The parties have agreed to push climate regulation further to cut Germany’s greenhouse gas emissions by 55% by 2030 compared to 1990. But how far this push will go is subject to this week’s thorny discussions and compromises between ecological, economic and social constraints.

Let’s face it: The German government knows where it wants to get, but just three days before departure, it hasn’t yet chosen the vehicle to take it there.

The Social Democrats advocate raising taxes on energy sources such as petrol and heating oil – while redistributing parts of the proceeds to low-income households. The Christian Democrats prefer to regulate emissions through a quota system inspired by the not very successful European emissions trading scheme (ETS).

Germany would not be the first country to introduce a pricing mechanism for carbon. To date, 25 carbon taxes and 26 emission trading markets exist worldwide. In a factsheet issued last July, the Clean Energy Wire compared several ways a price on carbon could be implemented in Germany. Some European countries have introduced a carbon floor price (UK; pending in The Netherlands) or a general carbon tax (Denmark, Sweden, Finland, France, Ireland).

No matter which option the German government chooses, a new climate law needs to make an impact. It needs to make a real difference in the way energy is produced and consumed in all sectors. The measures actually need to trigger a significant CO2-reduction, while being socially fair.

In addition to carbon pricing that could start at (only) 35 EUR/t CO2 in 2020, the coalition plans a number of incentives to encourage households and businesses to invest in carbon-neutral measures. The Christian Democrats in particular are toying with the idea of issuing green bonds. Managed by the government-owned Climate Foundation, this climate bond would have a guaranteed interest rate of 2% over a 10-year period (until 2030). The money would then refinance, free of interest, climate measures by households and companies. Regarding this as new public debt in disguise, Social Democrats are critical of this instrument.

Other proposals include lower electricity prices, tax reductions, reduced VAT on train tickets, and higher taxes on domestic flights. Incentives for renewable energy and energy efficiency would also apply to the purchase of e-vehicles, energy retrofitting measures and the replacement of a heating system. The list is long and still in flux.

Last August, German mayors from several city networks, including Energy Cities, called on Chancellor Merkel in an open letter to take resolute climate action, including a higher CO2 cost. At Länder (regional) and city level, Germany’s political leaders are not shying away from ambitious targets. Some of them are even overshooting federal climate and energy objectives. 84 Germany cities have joined the Covenant of Mayors community, committing to slash their CO2 emissions . In addition to internationally known sustainability pioneers like Freiburg, there are four other places where inspiration could be found for the GermanClimate Cabinet:

And beyond Germany’s borders:

Can a governmental decision be informed without consulting the citizens?

Since the preparatory process started last Spring, this is being led by a specially constituted Climate Cabinet, involving the Chancellor and Ministers responsible for different sectors (Environment, Economy, Finance, Mobility, Construction/Infrastructure, Agriculture). Much of the debate within the German government is based on the scenarios presented in three studies (1,2,3), commissioned from renowned German research institutes. But at which stage did Angela Merkel and her team encourage direct participation of civil society and local and regional authorities in defining the priorities for this new climate law? Why didn’t the government renew its experience of the citizen consultation organised between 2015 and 2016 in view of the Federal Climate Action Plan 2050 (published in November 2016)? A cross-sector and multi-party platform called “Aktionsbündnis Klimaschutz” exists. It was created in 2015 by the Federal Ministry for the Environment and meets twice a year. Since the Federal Government is only an observer in the process, this dialogue may, however, be insufficient to truly co-design Germany’s climate policy.

A good example of such a participatory process exists in the Netherlands. In 2017, the Dutch government invited all the stakeholders to negotiate a new climate agreement that contains concrete targets per sector, a clear sharing of responsibilities and  sound economic analysis. Discussions took place in five roundtables: industry, agriculture, buildings, mobility and electricity (read more good practices on energy governance).

Will Germany keep its promise on the Paris Agreement as the Minister for Environment Svenja Schulze regularly reiterates? Next Friday will tell if Germany is thinking big enough. Germany may only contribute a little more than 2% to global CO2 emissions (the EU 10% in total), but Germany’s influence is strong in Europe, both demographically and politically. As global urgency for climate action is increasing, Merkel has no other choice but to become a climate leader. A real one, with a real plan. Right now.

The presidents of Energy Cities, Climate Alliance and ICLEI call on behalf of German cities for greater climate support and action by the German government, as the number of municipal climate emergency declarations across Germany and Europe rises. 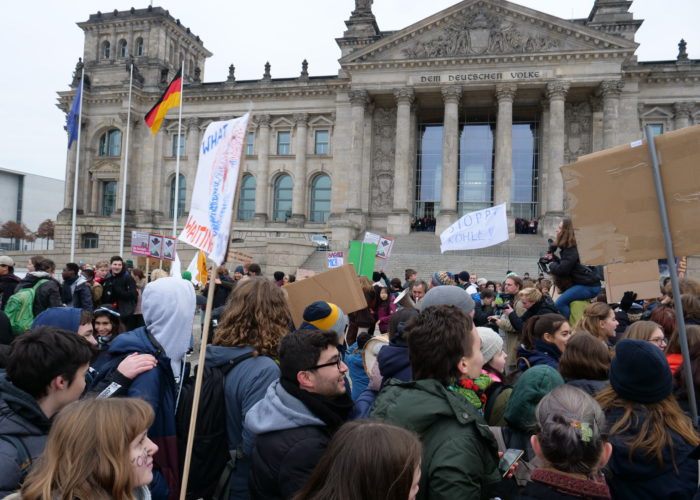 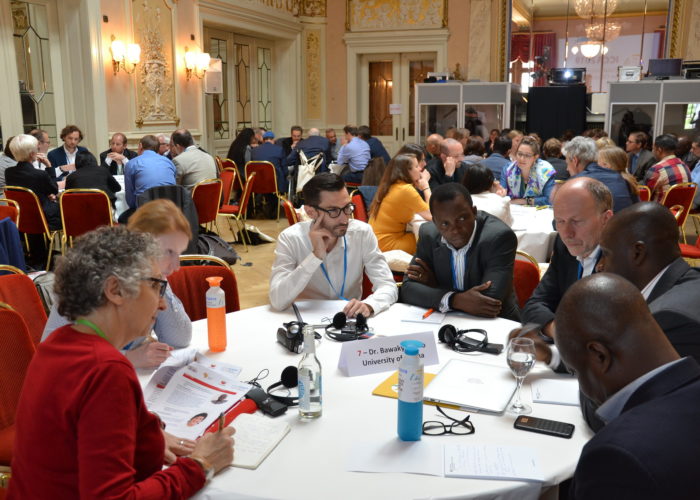